Lunar Clock have, with their debut album, produced a prime example of why I love concept albums so much. The music produced is so good that it makes the listener want to explore the concept on which the music is based. Lunar Clock’s subject matter in The Scream Of Nature, are the works of Norwegian painter Edvard Munch. While most people will know Munch by his best known work, The Scream, Lunar Clock’s music has given me the desire to expand my knowledge by exploring Munch’s history and looking at his lesser-known paintings.

While the subject matter might not be important to everyone reading this review, the quality of the music will be. The press release for the album listed many influences for Lunar Clock, but for me the album has a very strong neo-prog sound, with a medieval feel at times.

Album opener Frieze, is a clever a cappella track, which gives reference to various vocal sections yet to come. A nice variance on the traditional Overture which some bands use as an introduction to a concept album. It is done in a manner which reminded me of Yes‘ Leave It. Not a bad start.

The rest of the album is wonderful neo-prog, very much in the vein of the NWOBPR. Sadness Under The Belt Of Venus starts in a manner that reminds me of the early mischievousness that IQ always managed to portray in their music. 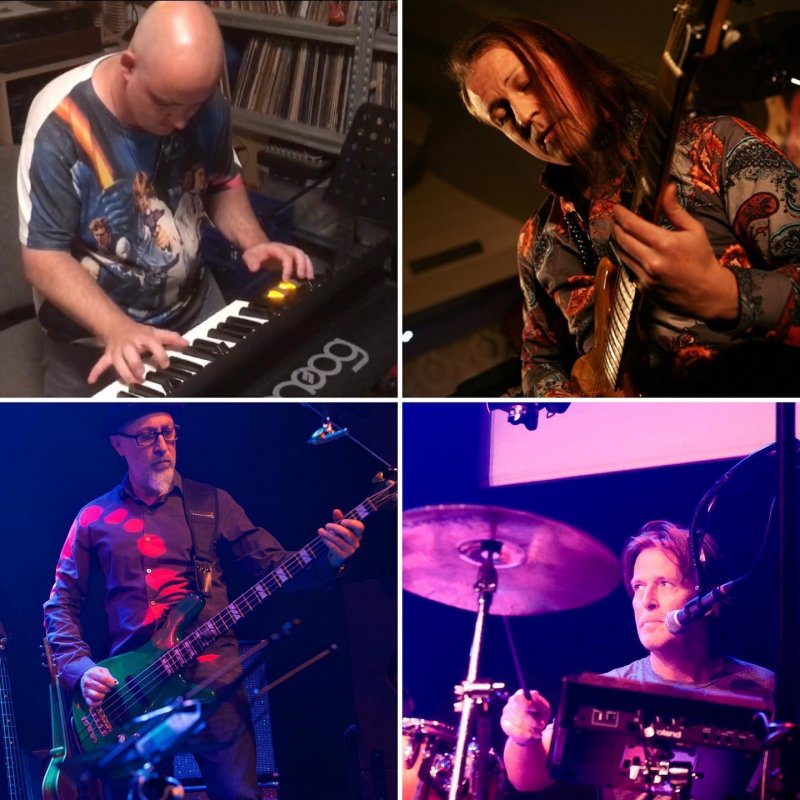 A Winter Storm On Spring Blossom, introduces a jazzy edge, with the keyboard dominating procedures, before the bass of Thefar Side takes centre stage taking the track into a far more dramatic direction.

While the subject matter may appear a bit dry, there is the feel throughout the album that the band constantly had a smile on their faces while writing and recording, as the album has an inherent feel of happiness running through it. I found it quite an uplifting piece of music, one that I can see myself revisiting on occasions.

The album is relatively short, clocking in at under 40 minutes, and only the latter two parts of the ending trilogy of songs, going under the title of Metabolism exceed five minutes in length. That being said, Lunar Clock have managed to cram a great deal into a relatively short space. The plus-side for this is that the album is easily absorbed.

The album’s production, handled by vocalist, keyboard player and occasional guitarist Robin Boer, is quite stunning, adding sound effects to enhance the music when required, but never to dominate. Each instrument is given its own place in the mix, and the ethereal vocals that float around in the background give that additional magic.

When I tried to compare the song titles, to Munch’s paintings, I struggled to make a connection. The band have now begun to explain the song titles on their Facebook page and to reference which paintings influenced each passage of music. This helps again to connect the songs to their subject. For anyone interested, this helps to give the listener more depth in the works of Munch, explaining various connected paintings and periods of his work. I found it interesting that The Scream was one of three paintings done in a similar style, and the scream itself had various drafts.

This is a stunning debut album, and Lunar Clock, on this performance are a band that we will be hearing much more of in the future.

Manage Cookie Consent
To provide the best experiences, we use technologies like cookies to store and/or access device information. Consenting to these technologies will allow us to process data such as browsing behaviour or unique IDs on this site. Not consenting or withdrawing consent, may adversely affect certain features and functions.
Manage options Manage services Manage vendors Read more about these purposes
View preferences
{title} {title} {title}